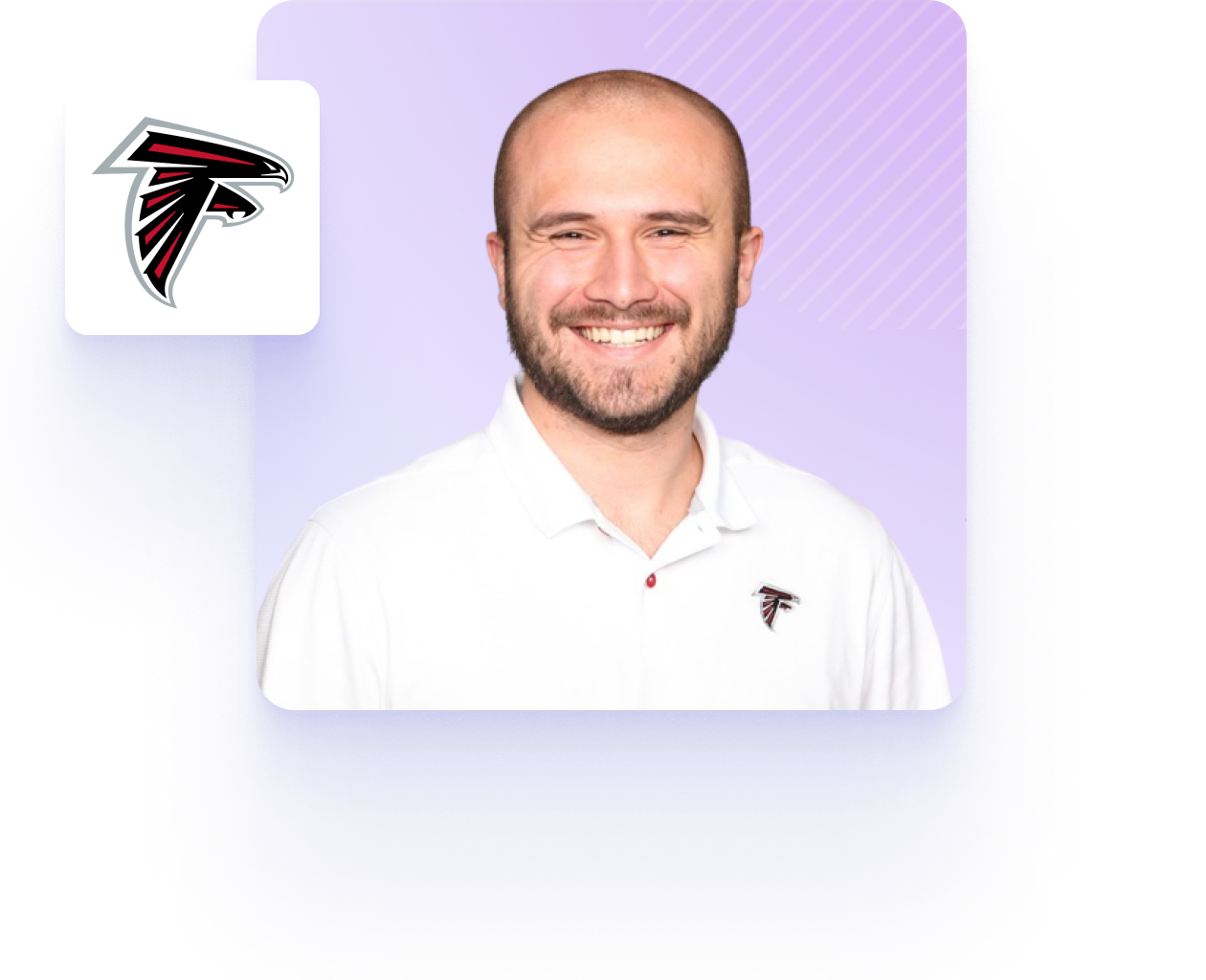 Success by the numbers

Since using Judo, the Falcons have seen the following increases in key metrics:

The Atlanta Falcons are a digitally-savvy football team in the National Football League (NFL).

With new generations of fans increasingly turning to mobile to engage with their favorite team, The NFL’s Atlanta Falcons strive to deliver a world-class product both on the field and to their digital audience. For the Falcons, setting high standards for their mobile product is a top priority. With Judo, the Falcons’ UX team was able to not only design, but independently build fully-native in-app pages with real-time personalized content – content that drove significant increases in page views and engagement rates almost immediately.

We often hear that when it comes to designing and building product, updates can either be done right or quickly. But shipping great product with uncompromising quality is a standard we all strive for, and Austin’s team is no exception. They understand that UX design is more than just crafting user flows, graphics, and images. They prioritize a design process that improves outcomes – conducting in-depth research, making data-driven decisions, and iterating to make sure fans get a best-in-class experience. Prior to using Judo, Austin’s team’s ambitions were limited by the realities of traditional workflows and app-building processes. Feedback loops and changes back and forth between design to development, are often taking weeks if not months. Back and forth between design and development can be frustrating and time-consuming. Austin’s team simply doesn’t have, working in a fast-paced environment like sports.

When building a mobile app for sports fans, you have to be able to keep up with the events of the game day and the season. To drive engagement, your app design has to be reflective of user behavior and preference. Being able to quickly ship production-ready UI instead of just design files that still need to be coded, is a significant workflow enhancement. Efficiency that every product team can benefit from! Austin and his team had previously used Judo to build some unique, personalized, and timely experiences for their fans, that saw increased engagement, but when they decided to rebuild the entire home screen of the Falcons’ mobile app in Judo – that turned out to be a real game-changer (pun intended).

Solution: Design process lightyears ahead of the competition

Austin and his team used Judo to create a production-ready homescreen takeover on game day. The UI they built in was integrated with their headless CMS (Contentful), enabling a dynamic, data-driven experience for users. Using conditional logic in their designs, they were able to personalize the home screen of the app for each fan individually.

At a macro level, the Falcons’ UX team was able to make significant improvements to their product development cycle since using Judo. Driven by user experience data and an increasingly efficient workflow, Austin’s team can continue to build production-ready designs and achieve their ongoing engagement goals.

The product-building process changed from simply drawing the UI design and waiting for the development (limited by the deploy schedule), to a way more sophisticated condensed workflow. They were now able to conduct UX research and ideation, build production-ready experiences and ship them independently straight into the app. With the power of Judo at their fingertips, the team gained autonomy.

For Designers Who Were Born to Build

The Atlanta Falcons digital team is a shining example of a team who has embraced new technologies to enhance their workflow. They achieved not only higher engagement rates, but saved valuable time by publishing production-ready designs faster than ever before. Be a Judo Champion like Austin. Empower your team to bring designs to life faster. Reduce back and forth between design and development and craft pixel-perfect user experiences for your fans.

A Judo experience is not just a prototype! We’re talking about production-ready fully native UI that you can ship, test, and iterate easier than ever before.

Design in Judo and embed your Judo file right in your Xcode project, or preview real SwiftUI code.

Download this Judo file to see how you can build a similar experience in Judo.

Ready to get started?

Download Judo from the Mac App Store and get started for free.
Get the Mac App