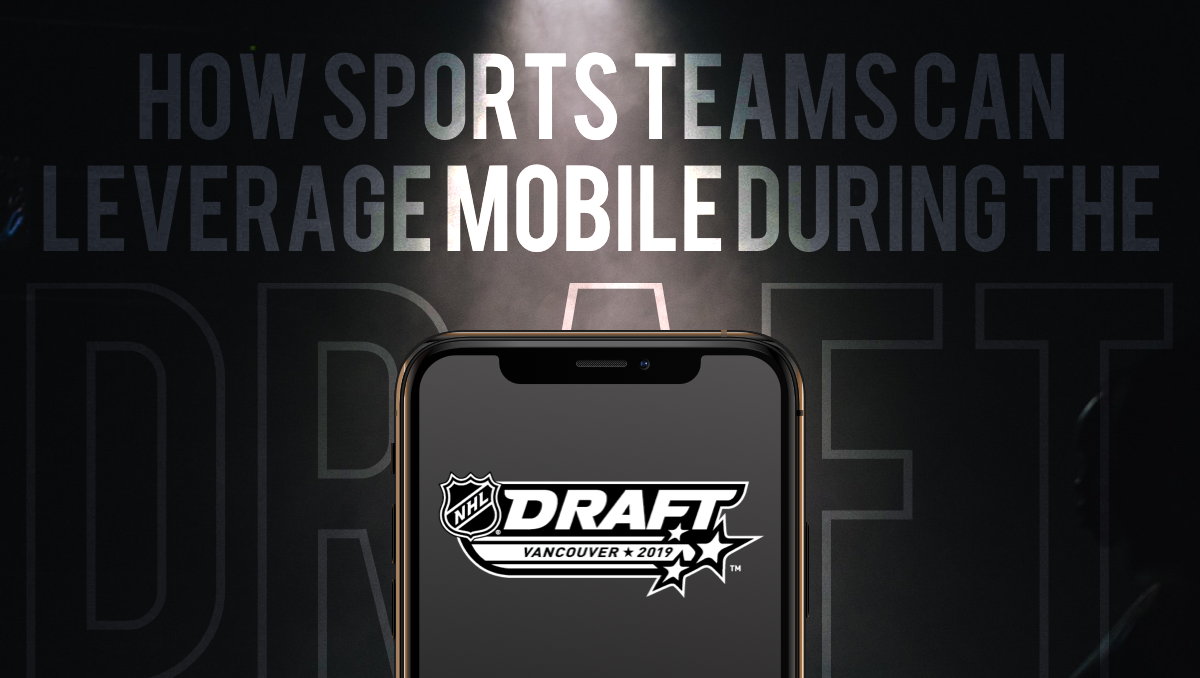 During the recent NHL Draft, teams around the league took to their digital platforms to find new and innovative ways to engage their fans.

First, teams had to build up the anticipation through creative posts highlighting the impact the draft would have and the excitement their fanbase should feel over having the opportunity for new players to join their “family.”

For teams who had early-round picks, the ability to highlight the event was even more important. For instance, the New Jersey Devils, who were ecstatic to hold the first overall pick, took to digital with fun videos and creatives posts ahead of the big event.

But for some teams, it was a whole new ball game.

The Pittsburgh Penguins, for instance, who had been without a first round pick since 2014, recognized that the need was stronger than ever to build fan excitement over the opportunity to add high-value players in the draft. While the Penguins are consistently innovative across all of their digital channels, one of the strongest channels they use is their mobile app.

This was first recognized in their Draft Preview, where the Penguins made sure to highlight the impact of a first-round talent, but also provided a behind-the-scenes look, including information on their scouting meetings, links to their podcast with their director of amateur scouting, and additional content pertaining to NHL rankings so their fans could get an inside look into their potential draftee.

“This year’s draft presented us with an interesting opportunity for content. Prior to this year, the Penguins didn’t have a first round pick for almost five years. We were faced with the challenge of capturing our fans attention while also getting them excited about the future of the team.

Our main priority was to give fans valuable content in a digestible way. With the preview, we wanted to fill it with crucial information while also emphasizing the hype surrounding the upcoming draft.”

For other teams, promoting the big event was even bigger than just the draftees. For the Vancouver Canucks, for instance, it was increasingly important because they were the host. As such, the priority for relevant and engaging content was stronger than ever.

Recognizing this, the Canucks began promoting the Draft earlier and with a bit more variance than their counterparts. This can be seen on mobile, where they created a fun and engaging combine experience that highlighted what the soon-to-be draftees would go through prior to celebrating their momentous day in Vancouver.

What was great about this mobile campaign, was that it gave fans a chance to put themselves in the prospects shoes (skates?) by learning about the specific tests and endurances. The Canucks also included the top 2019 performer in each category, enabling fans to see just how athletic those prospects really are and to learn more about them ahead of the Draft.

“With the draft in Vancouver this year, we saw an opportunity to connect not only with our local fans, but also tell our story to the wider NHL audience.

The NHL Draft combine was a cool opportunity to highlight the top names, but also familiarize our fans with some of the players deeper in the draft. Our hope was that it would help fans build a connection with picks and generate more interest in the event itself, all the while depicting how hard the training actually is. The design and experience came out great and we were really happy with the results.”

The Combine content, however, was only the beginning of the great work that the Canucks did.

With the unique ability to also select fans to attend the local Draft, the team was also able to get their fans excited through Draft ticket contests.

Specifically on mobile, the team created two engaging quizzes that once fans successfully completed, would enter them to win Draft tickets.

With the announcement of Elias Petterson winning the Calder Trophy mere days before the Draft, the Canucks built a quiz highlighting this momentous occasion. The quiz highlighted not only their player and his accolades, but also focused on the impact that a first round talent can have for their team.

The other quiz was designed to test fans’ knowledge of previous draft picks. The engaging quiz walked fans through a variety of questions including (but not limited to) which league has had the most Canucks’ draft picks, and focused on a variety of top former first round picks.

“The mobile quizzes and questions were a lot of fun, and we were delighted by how well they performed and how well the fans engaged with them! In fact, 30% of the fans who opened the quiz, completed the form for a chance to win tickets to the draft.

We definitely want to thank the Judo team for helping us execute these campaigns — from helping us brainstorm, design and launch them, it was great working with the team and we can’t wait to see what we do together next!”

The San Jose Sharks and the Penguins did a great job creating engaging mobile recaps that perfectly summarize their 2019 Draft Class.

In their Draft Recap, the Sharks created an engaging activation that perfectly recapped each of their picks. While the landing screen provided a quick summary of the players by clicking on any of the draftees opened a new screen. This provided each fan with additional information about the prospect, including his past stats, bio, as well as a variety of great photos and video of the player.

The Penguins also took their delivery one step further by utilizing their push notification system as well as home page app placement to reach over a million users. The draft recap push notification ranked among the top in click through for all news-related pushes this year.

“From our preview to our recap, we were very happy with how our draft content turned out on mobile. Our fans enjoyed that our recap included interviews with the draft picks at the podium, fun facts about each player, and stories from our team writers.

Using the Judo platform (and some help from their amazing team!) we were able to capture fan attention and ramp up excitement for the future of the Pittsburgh Penguins!”